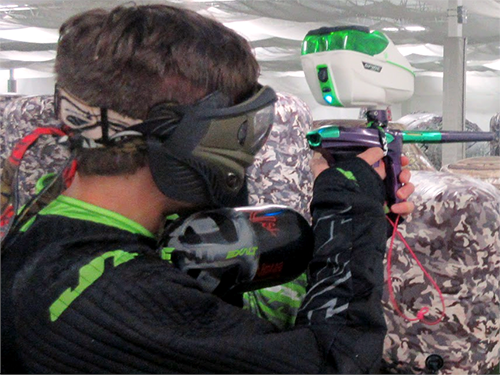 Renting vs. buying paintball equipment is something every new player thinks about. With a wide variety of paintball gear options out there, it might seem sensible to go out and buy your own gear, but is it really the best choice?

The question really comes down to your style of play. Are you a recreational player who joins walk-on games a few times a year, or are you a player who’s looking to get involved in tournament play?

The Advantages Of Renting

Another advantage of renting is that it may be less expensive than owning your own paintball gun. Not only is there the cost of maintenance and repairs to consider, there’s also the resale value of used paintball equipment. Used guns don’t hold their value very well. It’s not unusual for equipment to lose 50% of their value, or more, in a year or two.

The Advantages Of Owning

Owning your own paintball gun has its advantages. Rental guns get a lot of use and some fields may not keep up on the maintenance as they should. You can run the risk of getting a rental gun that doesn’t perform as well as it should. With your own gun, you’ll know the condition of it and you can perform routine maintenance as needed. You can also modify your paintball gun to best suit your needs.

If your just getting into the game of paintball, hold off on buying a paintball gun. There are other, cheaper items you can buy to make your days of paintball more enjoyable. Instead, spend your money on a great paintball mask. Your head isn’t likely to change shape, so you don’t have to worry about outgrowing a mask anytime soon.

Owning your own mask is much nicer than renting one. You won’t have to worry about getting a rental mask with a scratched up lens–and you won’t be wearing a mask full of somebody else’s sweat.

Renting vs. buying isn’t an easy question to answer. Every player has different needs. However, holding off on a purchase and spending a season or two renting isn’t going to diminish the fun of paintball. Ultimately it’s up to you to decide what the best option is for you.